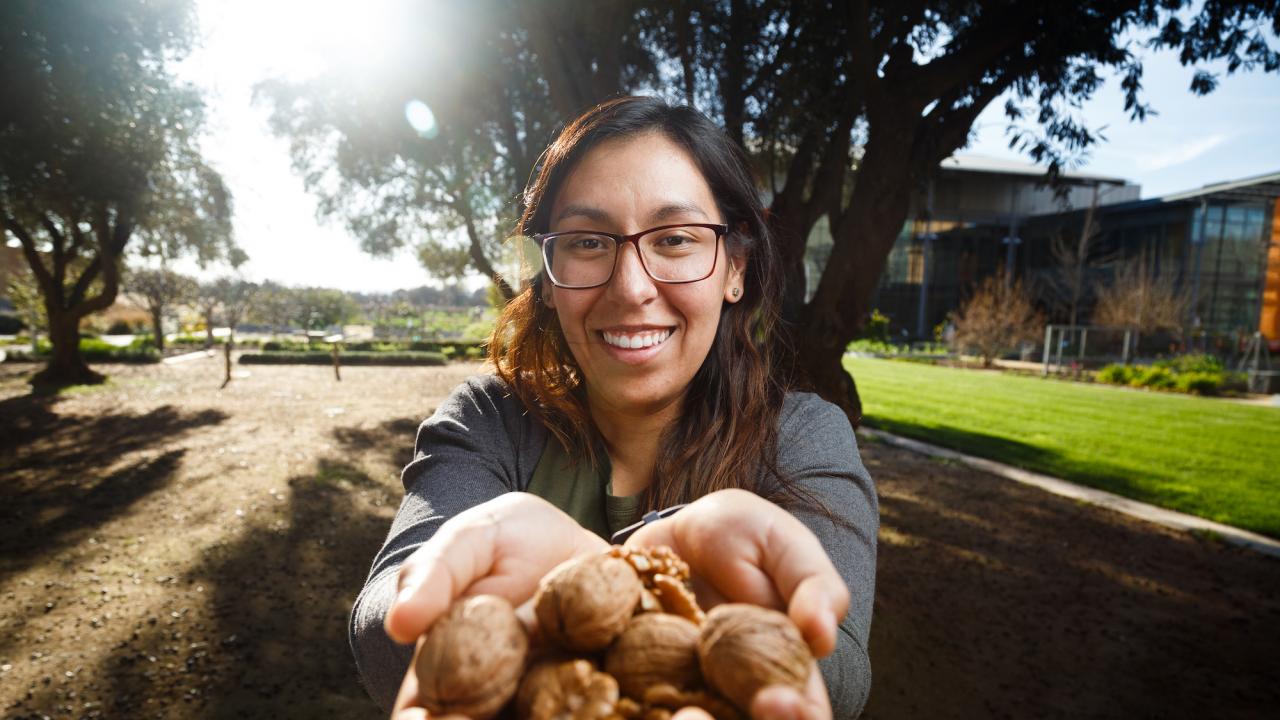 Ten years ago I arrived alone in the US with nothing but a dream. Now I am proud to call myself a scientist, a PhD student, and a mentor. My family, while loving and supportive, never imagined that I would become a scientist. To be honest, neither did I.

I come from a small, rural farming community in Mexico where I was expected to find a husband and become a housewife. I wanted more for myself, so at seventeen I moved to Visalia, California with nothing but a bag of clothes and a dream of going to college.

To my surprise, Visalia didn’t look much different from my hometown back in Mexico; unemployment and poverty rates were high, while high school completion and college attendance were among the lowest in the US. I was determined not to let those statistics determine my own future.

I got a job picking produce and saved enough money to go to high school. There were many times I wanted to quit and move back home to Mexico, to my family and my familiar way of life, but whenever I wanted to give up, I would call my mother and she’d remind me that giving up could be a hard habit to break.

The first step toward my dreams came true when I enrolled at the College of the Sequoias. Desperate for guidance, I joined the PUENTE Project and the MESA program. My Puente mentor spoke no Spanish and I was still struggling with English, but we made it work and have become lifelong friends. Our relationship feels like fate.

At the end of class one day, my microbiology professor jokingly asked, “Did you know you could become a scientist? Because you ask way too many questions.” It was only then that I realized that “regular people” like me could be scientists. A lot of hard work, plenty of support from my professors, and a chance encounter on an airplane would help me realize that a career in science was within my reach.

In 2014 I transferred to UC Davis. I was thrilled to finally be attending a university with so many opportunities to do research. However, as a first-generation, low-income college student, I lacked role models who truly understood what I was going through. I struggled heavily with imposter syndrome, often feeling like I was the only one who didn’t know what was going on. 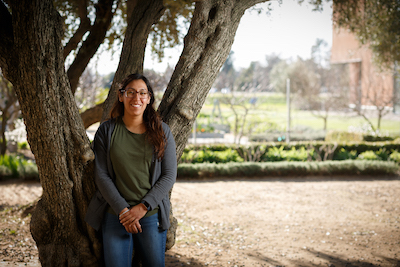 I have always dreamed of becoming someone who opens doors that have not been opened for or by people like me. As a first-generation, multilingual immigrant from Mexico and an LGBTQIA woman in science, I have a valuable story to share.

Everything changed the day I was flying home from a conference. I noticed that the man next to me was studying images of bacterial cultures on his laptop. I told him that I was studying microbiology at UC Davis. I could tell he had work to do, but I pestered him until he smiled, closed his laptop, and said, “Let’s talk.” That's how I met Professor Trevor Suslow, one of my most influential mentors.

Dr. Suslow was conducting research in my home state in Mexico, as well as in central California, where my family now lived. He explained that his research was on food science and food safety, and everything suddenly clicked: I knew what I wanted to study. He encouraged me to join his lab, and years later, he would support me in applying to graduate school. He is the reason I am pursuing my dream career. I cannot imagine where I would be today if I had not had the courage to interrupt him on that flight.

I was also a McNair scholar, which offered invaluable support for navigating the “hidden curriculum” of getting into graduate school. Resources like GRE prep, research experience, and workshops on giving presentations and professional communication were invaluable, but more importantly, they offered me a community to belong to as I navigated the challenges of being the first in my family to attend college.

Having great mentors inspired me to mentor others. After graduating, I returned to the College of the Sequoias as interim MESA director. I have spoken at events from migrant program high school recognition ceremonies to the SACNAS National Conference. While earning my master's degree, I was an adjunct professor at Eastern Shore Community College and mentored students like me.

I realized my impact when one of my former students called me in tears, before she had called anyone else, to tell me that she had been accepted into graduate school.

I am now a PhD student studying food-borne pathogens at UC Davis. As a researcher, I want to develop practices to enhance fresh produce safety and disseminate food safety knowledge targeting underserved communities. As a future professor, I want to serve as a supportive and motivating mentor to college students as they pursue their own academic goals, whatever those may be. My struggles have made me resilient and fearless. I hope that my story inspires others to be brave and chase after the goals that feel impossible.

Being that Light: Building a career helping others succeed