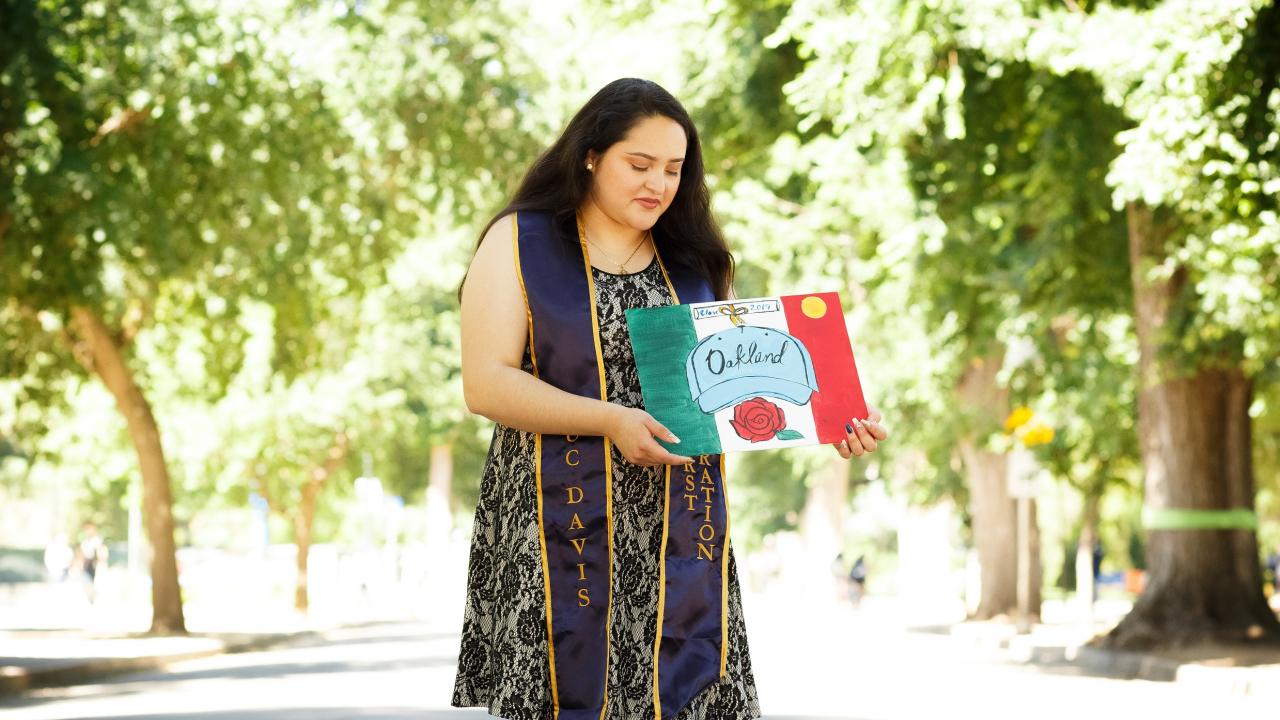 My parents migrated from Mexico to the United States to give us a better future. My father came first, got his citizenship, then brought my mom and me to live in Oakland with him. We never had to fear from la migra like other people in my family. We knew we would never be separated by them.

We live in Deep East Oakland. We don't have very much, but one thing that was attainable was an education. Since my parents never got past the third grade, they always told us that we should do better than them so we would have a nice office job.

My dad's hands were always full of calluses from gardening, the sun burned his back, his mouth was always dry. My sister and I used to spoil my dad and give him "spa" treatments for his hands because they were always so rough. Looking back at it, we soaked his hands until a very long time and just applied a whole bunch of lotion afterwards, everything was slippery! My mom always made sure we were happy…that we had a full stomach, that we had beautiful flowers to look at, that we had nice clothes. Even when they had holes, she would sit there and mend them all at once. She took care of us.

My painting is the Mexico flag in the background, with a sun on the right side, a diploma on top to signify my graduation, an Oakland baseball 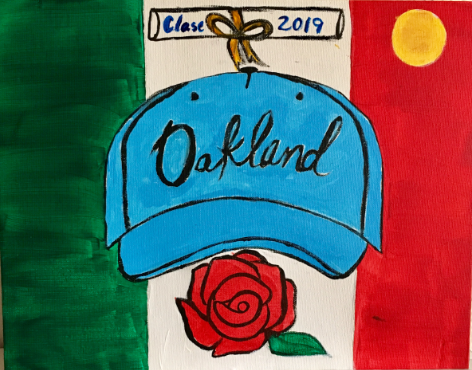 cap, and a rose. The sun signifies their optimism as well as the same sun that burnt their backs. The baseball cap is for my dad. He was always ashamed of balding so he always wore his hats. Some were very very very old. Some had La Virgen de Guadalupe, some had Mexico written on it, but his nicest ones were his Oakland hats. He had so many of them but every time we went out somewhere nice or parties, his Oakland hat was present. He shields my mother, the rose, from everything. But at the same time, she is his beauty and she thanks him for keeping her in the shade of life.

Getting to UC Davis

My high school-- Castlemont High School-- is one of the worst high schools to go to because they lack a lot of funds and are in the middle of all the violence in Oakland. With the mentorship of teachers and the encouragement from my parents, I graduated! I remember my dad almost didn't come to my high school graduation because we were running really low on money and he wanted to work so that I would pay some fees for school. Of course, I cried about it and begged him to please show up. He did, and when I delivered my speech, I could've sworn I saw him tear up. Their oldest daughter was graduating high school and now the sister was inspired to follow the footsteps.

When they brought me to college for STEP, they were very worried of letting me go. I knew I wasn't alone though, they would always be there for me. I was prepared for when they had to drop me off in late September for the beginning of Fall Quarter. Fast forward, my first year was rough but it is all a blur now.

My second year was horrible. My roommate had to leave the university and she was one of my closest friends. I felt very alone. My classes were not fulfilling. Winter Quarter I received the worst news of my life. My dad lost his vision due to diabetes. He never spoke up until it was too late. This meant he had to undergo surgery, that he couldn't work, that he was disabled. How could a man that was so "able"... become disabled? As the translator the family, I was in contact with the doctors and it was rough. It wasn't easy for any of us. But, my mom, sister, and dad were there for each other. I was dealing with guiltiness from remaining in school. I felt like I needed to be there for them and work. We were without an income and at no point in our lives do I remember having more than $2,000 in our banking account. I was struggling, they were struggling, I missed a lot of classes, and depression became real.

I was the new head of household. I began working two jobs. I barely slept, and most of this I never told anyone except the people really close to me. I was losing myself, I wasn't eating. But, at least my parents couldn't see it. I would often call them with tears in my eyes and pretended that I was okay. They would always end with echale ganas, no te des por vencida. Through all my hardships, I made it to my third year.

And.... woah was I lost now. I kept working 40 hours a week while taking 16 units because my parents were my motivation. I felt like if I dropped out now, their sacrifices wouldn't be worth it. I was in a dark place but every time I went home I was okay, because we were together.

We eventually got approved for disability money through social security and that allowed me to work part time only. Things seemed like they were going to be okay now. Things were definitely not easy for us. But they weren’t as bad as when we hit rock bottom. 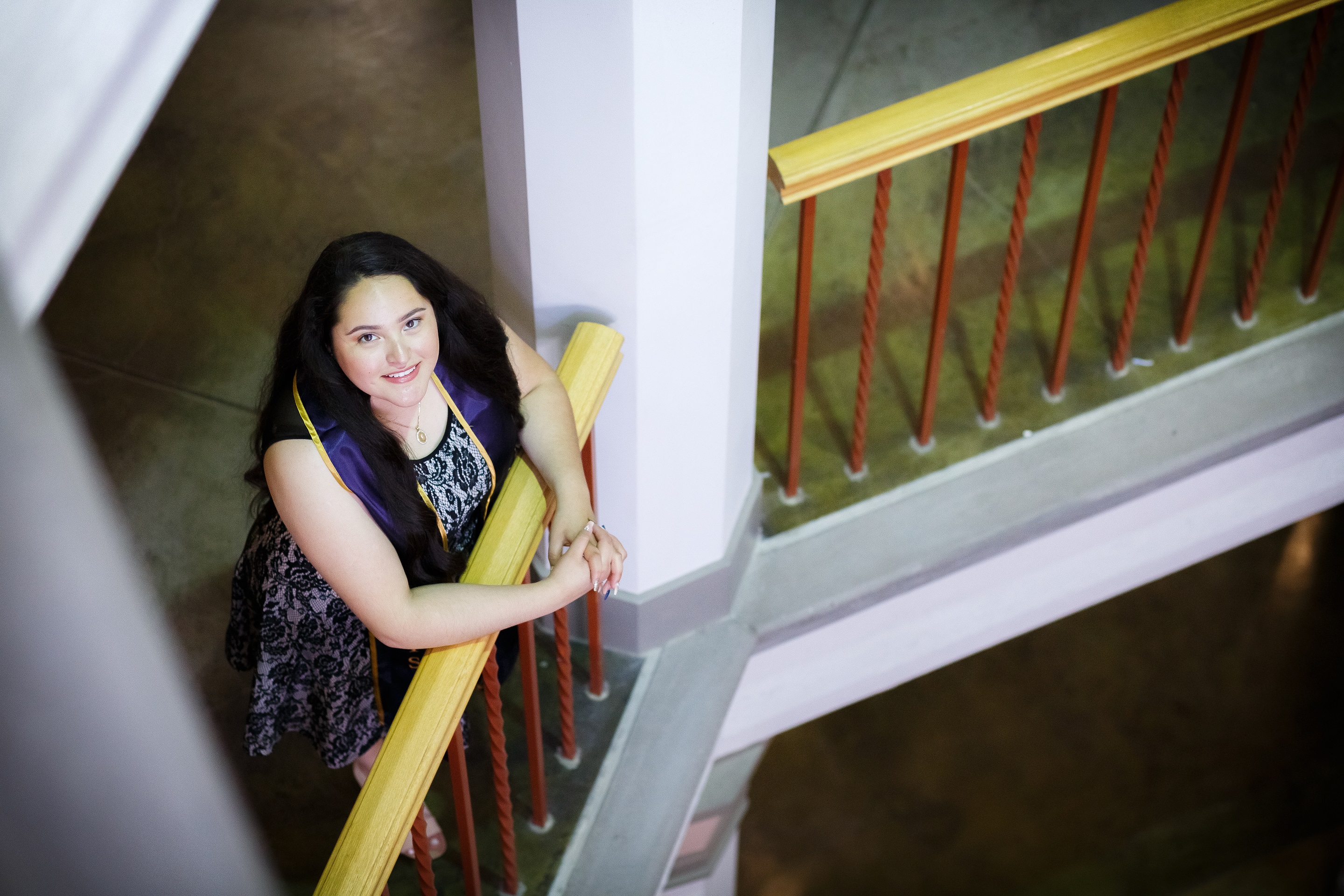 Now as I am a few weeks away from graduation, I reflect on our hardships and how it shaped us to become the family that we are.

With this being said, WE are graduating. I am a first generation student who is setting an example for my little sister and other people in my community. And even though my dad won’t be able to see me walk the stage, I know he’ll replay the image of me walking my high school graduation. I know my mom will hug me and probably cry. Walking that stage is a symbol of power, strength, and a demonstration that their sacrifices was worth it.

I know my dad will wear his Oakland hat, I know my mom will bring me roses from our very small garden, and my sister will be there to tell me I’m annoying but I know she has some shoes ready to follow my footsteps.

My Name is Wilbert: A Thank You Letter

Researching Workers' Rights in Vietnam: My Past and Future Come Together